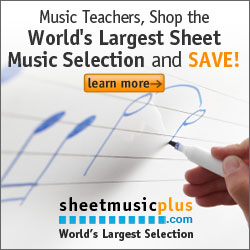 Hello, my dear friends. My name is Andrew Cranston and I welcome you to my new website and blog. I am a choral conductor, singer, music teacher and clinician living in St. John’s, Newfoundland and Labrador, along with having an active life as a music teacher in Conception Bay South, a growing community just outside of the city.

Although my musical career began with the saxophone, once I graduated with my Bachelor’s degree I began working more and more with choirs almost immediately. After attending my first Sing Summer camp, organized by the Nova Scotia Choral Federation, I knew I was hooked for life. At Sing Summer, I also learned about the Masters in Choral Conducting program at Memorial University where I studied until 2007. Once I had finished, my wife and I had fallen in love with Newfoundland and wished to stay and lay down our musical roots.

Now, almost eight years later, we have an incredibly active life as a conductor and accompanist team, as the Co-Founders of the Coastal Sounds Community Choir in 2007 and working with our choirs at Topsail United Church since 2013, where my wife is the organist. In addition to the choirs I conduct with my wife, I also direct the Anchormen Chorus, a men’s barbershop group in St. John’s, and sing with the award winning Quintessential Vocal Ensemble under the direction of Susan Quinn.

I maintain an active private music instruction studio in both St. John’s and Conception Bay South which you can find out more about by clicking here.

I had the immense benefit of an amazing public school music education all throughout my grade schooling. Through the support of my parents and the band teacher at my junior high school, I fell in love with music and I fell hard. It became my obsession almost instantly and continues to be until this very day. That band teacher personally moulded me, took interest in me. He gave me solos, encouraged me to contact other musicians, and just showed me how amazing being a musician could be. I haven’t spoken to him since, but I wish I could tell him how formative he was in my career.

But that was the saxophone. For 12 straight years, all I did was play the saxophone. I got pretty good at it. The only major singing I did was being in our only high school musical in our era, and singing in the Vocal Jazz Ensemble at Mount Allison University. Don’t get me wrong, those singing experiences were awesome, but they didn’t pull me in any specific way.

Then, when I graduated and the saxophone was beginning to lose its lustre both literally and figuratively, I found choir, rather randomly by contacting folks who were organizing a men’s choir for Nova Scotia, which would later become Nova Voce and is still active (I saw them sing at Podium in May and they are still as vibrant as ever). Choir pulled me towards it, for many reasons, the most important of which was the people. I loved interacting with people and sharing the music with them. It wasn’t just me in a dark, dingy practice room anymore, I found myself part of a special community. Through the work of the Nova Scotia Choral Federation, I found even more amazing people, educators and singers and music lovers, and they encouraged me to walk the path I’m walking now.

I was not really a naturally good singer. I had an okay ear from good teachers and a natural thirst to teach others, plus I did enjoy it, but my voice was very raw in the beginning. Untrained. But as I said, choir pulled me in. So I sang, and sang, and sang. And sang some more. And I watched conductors do awe inspiring things with amazing singers, desiring more and more to emulate their brilliance. I got better and better. The famous writer Malcolm Gladwell, author of a great book called “Outliers” says that in order to be successful at something, all you need is a interest and 10,000 hours. I feel like I’m now just hitting my 10,000 and I couldn’t be more in love with what I do.

To conduct a choir of mostly untrained singers like I once was, some of whom were told at very young ages that they would never be able to sing and they should “mouth the words”, and to give them an important experience that they were robbed of their entire lives because of bad influences, has been the greatest training I could have ever asked for. As a singer in QVE and with other choirs in the past, I have had the privilege to be part of some of the very best choral singing in Canada or even the world. Perfection at the upper echelon of the choral art. And although we should continue to strive for those highest of heights, we must not forget our roots. We all started somewhere. I find great rewards in helping those who would otherwise not be singing if it weren’t for choirs like Coastal Sounds, who include all regardless of background. My choir may occasionally be rough around the edges, but the looks in the faces of every last singer lets me know we’re part of yet another special community. We must celebrate all forms of singing.

I hope you’ll join me on this blog so I can tell you my choir stories in the hopes that you’ll go make some stories of your own. It’s the greatest non-contact (mostly) team sport on the planet. Give choir a try; you could even come and sing in one of mine. Maybe you have just enough piano or guitar skills, and leadership skills to start a choir of your own, especially in those dark voids where no choirs exist. I can’t recommend it enough. It will change your life. It changed mine.

PS: I highly recommend marrying your accompanist. For a multitude of reasons.